Blog - Latest News
You are here: Home1 / Brazilian Jiu-Jitsu2 / Is it a draw or a double loss?

In a jiu-jitsu roll, you win when your opponent taps. If neither of you tap, is it a draw or is it a double loss?

One of our members wrote an interesting analysis of BJJ from a game design perspective. One point he made is that draws give beginners a middle ground between losing and winning. A beginner may not have the skills to defeat a more experienced opponent, but she may be able to deny him the satisfaction of defeating her.

Looking at draws this way is a healthy way for beginners to measure progress, and to feel excited about rolling with someone more experienced. The draw becomes a tool to help them move towards the goal of defeating their opponent.

But draw is a beginner’s tool.

How to stay a beginner forever

If you’ve been to a different gym, you’ve probably rolled someone who is terrified of losing. This is the person

People who behave like this have a novice’s mindset, no matter what rank they wear. Their self talk reveals their low self-expectations, “At least I didn’t get submitted”.

The draw is their favourite technique, not because it helps them move towards the goal of submitting their opponent, but because it moves them away from being submitted.

Moving beyond the need for draws

As you gain experience in BJJ, you realise that there are many mini-battles contained within a single roll.

To take a coarser view, there are battles for:

To take a finer view, there are battles for:

A beginning strategy is:

An intermediate strategy is:

Thoughts to reflect on

There is winning, there is losing. There are no draws. Embrace it.

The loss is feedback. It isn’t a value judgement. Don’t take it personally.

You need two things – knowledge of the mini-battles and practice.

Talk to your coach and ask him to watch your rolls. There’s probably a mini-battle that you’re not aware of. 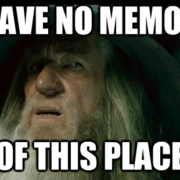 Our obsession with details

The most important skill for BJJ

Why BJJ gets you hooked