Blog - Latest News
You are here: Home1 / Brazilian Jiu-Jitsu2 / How tough are you?

Long before I had ever heard of Brazilian Jiu-Jitsu, I had trained for eight years in traditional martial arts. My training averaged between 12-15 hours per week. How tough was I?

I learnt the answer one late afternoon, alone in an isolated area being followed by a scary guy about 25kgs heavier than me. Before that moment, I thought that my training was enough to protect me.

Fortunately, reality set in and my self illusions fled. Sure I could punch through roof tiles, but that’s just a cheap trick. Size matters. There was no way I could hit this guy with enough force to stop him. I knew I had no chance to defend myself so I ran.

After that, I took up running. Running worked.

Years later I accompanied a friend to try out a class of something called BJJ. One of the students, a 16 year old girl, repeatedly submitted me with ease. Wow, this stuff works. I had to learn it. Fifteen years later, here I am.

The point of this story is that after eight years of training in traditional martial arts, I had no realistic idea of how capable I was. I could demonstrate punches, throws, kicks against a training partner. I could spar (with gloves, groin guard, shin guards) and hold my own. But I still didn’t know if I could be effective when it mattered.

With BJJ, it’s different. You test yourself at the end of every training session. There is concrete feedback, the tap. If there is one thing that makes training in BJJ effective, it’s the tap. 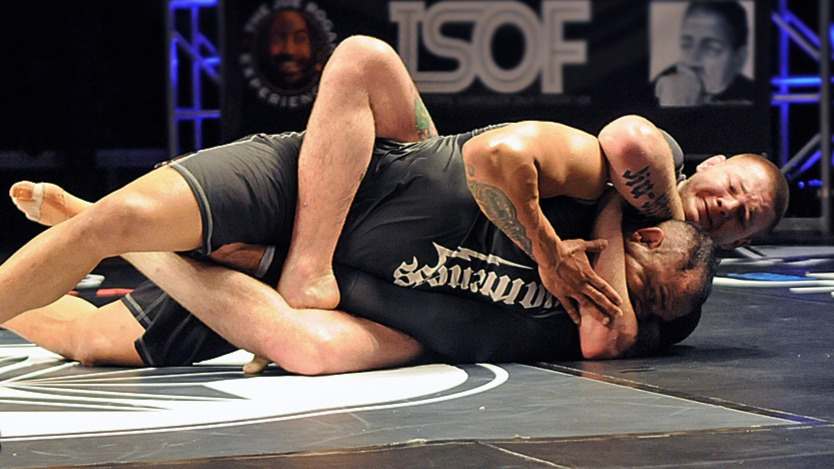 If you get beaten when striking, you can always protect your ego by making up an excuse such as, “If it was the street, we wouldn’t have gloves and it would be different”. You can’t do that in BJJ. The tap means that you accept the defeat.

With BJJ, you and your training partner both try to make the other submit. The only rule is that whatever you do, you give the other person enough time to tap out. That way nobody gets injured, they just tap and you both start again.

This leaves no room for excuses. “If this was the street, I’d pick you up and slam you”. Okay, let’s test it. If you can pick me up, I’ll tap. If you can’t pick me up then your excuse isn’t valid.

The tap gives us the feedback we need so we can direct our training towards bolstering our weaknesses. At least, it does when our ego doesn’t get in the way. When our ego gets in the way, the tap turns into a cruel overlord laughing at our inadequacies.

If you train long enough, you’ll get physically capable of defending yourself. Everyone else doing BJJ has done it. There’s nothing special about you that will prevent you from getting good. Physical toughness is a given.

It’s emotional toughness that is the real test of character. Being tough in BJJ is turning up, even though you get submitted by everyone. It’s sitting in your car in the carpark debating whether to go in or not, and you go in despite the feelings of not being good enough.

The toughest people of all are those that are able to return after a long break. When you have time off, you know that all those people that you used to submit will probably be submitting you. Your timing and coordination won’t be as good as when you were training. There will be much you have forgotten. And yet, even with this all stacked against you, you get back on the mat.

A new member once asked me, “Who do I have to beat to earn respect?” The answer, of course, is yourself.

The importance of gym attitude

That’s not a real move

Why You Should Ease Up & Slow Down Your Rolls